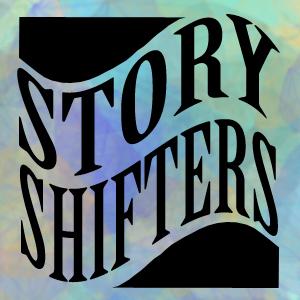 Play time
60minutes
Players Min
1
Players Max
6
Building Level
Middle
This non-competitive game uses storytelling skills and is (to the best of our knowledge) the only storytelling game based on traditional folktales. Each player transforms an old Aesop's fable using shifters to alter the voice, place and other details of the story. The results can be funny, mysterious, moving, or ingenious. The game is an excellent ice-breaker for camps, retreats, and other gatherings, but long-time friends enjoy seeing creativity bloom through the inspiration of a story and a shifter.

To set up the game, cards are sorted into their decks; one fable card is dealt to each player; the remaining decks are laid out in a row in this order: Voice, Place, Connections, Wild, and Final Challenge.

In Round One, the players each take turns telling the story on their fable card, using their own words. In Round Two, players retell their stories using the prompt on the Voice Shifter card. In Round Three, players use the Place Shifter card, which often forces radical new interpretations of the stories. In Round Four, players draw from the Connections deck, answering questions that could draw out personal stories and memories. Here, other players might have observations or memories to share about each other's stories. In Round Five, Wild Shifter cards present objects, verbs, or other fairly random elements, truly stretching the players' imaginations. Throughout the game, the players keep the shifters. The Final Round presents challenges in how the story is told, sometimes making use of the previous shifters.

The game can be simplified for young children or made more challenging by imposing time limits. A few blanks included in the deck can be used for new shifters invented by the players.
sfy39587stp18