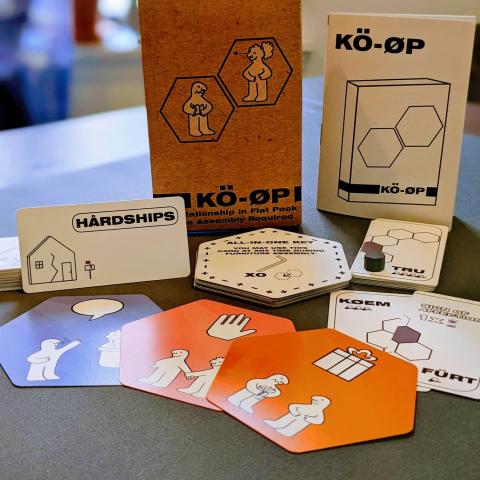 Each player starts the game with a secret needs card that tells them which "love languages" they need to score to be satisfied in the relationship. On their turn, players attempt to communicate the love languages they need by pointing at cards in their partner's hand. Players then use these cards to build their furniture. The game ends after players have attempted to build three pieces of furniture.

Players must earn at least one meatball in order to win, with meatballs being earned based on the number of needs cards satisfied and the complexity of the furniture players chose to build. The more meatballs the players score, the better their end result.