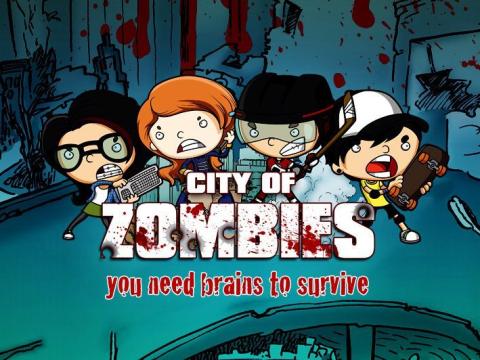 The game is suitable for all ages and abilities, and can be played in as little as 15 minutes (in the shorter version). The key game mechanics involve manipulating the numbers rolled on the dice via combinations of mathematical functions (from basic addition and subtraction through to squaring and cube rooting) to hit the exact numbers on the encroaching zombie cards - you need a precise head shot to take them out! As a co-op game, the difficulty can be tailored to suit the skills of the players, and supports groups of mixed abilities well.

Originally developed to assist the designer's daughter with her maths, the game has fantastic learning potential for players. It offers number manipulation skills by stealth rather than in a more traditional overtly "educational" game setting. What was designed with educational intent has become a great game for gamers and their families, and suits more experienced groups as a good warm-up or end of night filler.