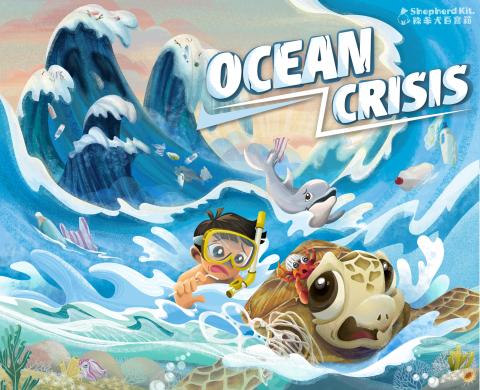 Content Area
Science
Service
Media Library
Copies
1
Play time
60minutes
Players Min
2
Players Max
5
Ocean Crisis depicts a real life environmental disaster in which a million tons of massive plastic waste is poured into the ocean each year, causing ocean life to cease faster than ever before. Players are the defenders of the ocean and will do whatever it takes to stop the formation of the Great Pacific Garbage Patch, a.k.a., the Ocean Waste Island.

On each turn, ocean waste occurs on rivers, along seashores, and within the ocean. All players co-operate and place their workers by choosing from two actions: waste clean-up or environmental activity. Roll a die to determine whether a piece of garbage is cleaned up, or place road tiles to launch an environmental activity. At the end of each turn, all garbage flows downstream along the river, and the ocean current board will spin randomly, bringing a piece of garbage from the ocean to seashores, or from seashores to the Garbage Patch!

Environmental activities are mostly preventative measures, including adding a skill such as recycling or reusable products to a player, researching a certain type of garbage for waste reduction, or designing an ocean clean-up machine that can be sent out to clean ocean waste by itself.

If players survive a six-turn bombardment of ocean waste without having the Great Pacific Garbage Patch form completely, the ocean crisis seems to be solved (for now), and players win the game together!

Ocean Crisis also comes with six environmental side missions and scenarios for players to challenge, including dolphin rescue, sea turtle nesting, and shark defender, completing the full picture of ocean protection from an ecological point of view.