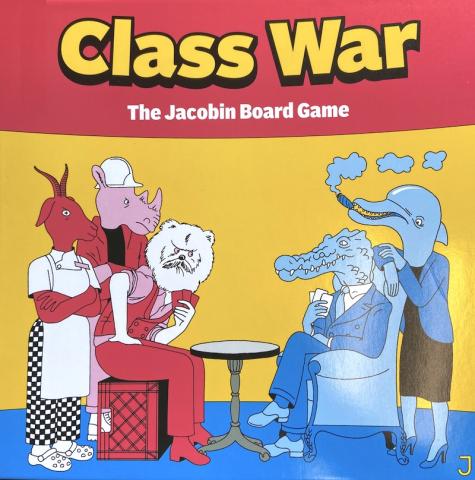 In Class War, you are a collective entity: a social class — either the Capitalists or the Workers. You’ll fight for social dominance in an unstable constitutional democracy. Will the Capitalists crush this rising wave of popular discontent and entrench their position as masters of society? Or will the Workers triumph over the power of money to make society more equal and just?

In Class War, players draw cards from their decks and deploy them in society using the money they earn in the economy. The cards you’ve played will be used to mobilize dice (representing your social power) against your opponent — in the economy, to win a greater slice of the economic pie, or in the state, to elect figures who support your political agenda. Ultimately, both classes aim to make their demands into law, permanently changing the rules of the game in their favor.