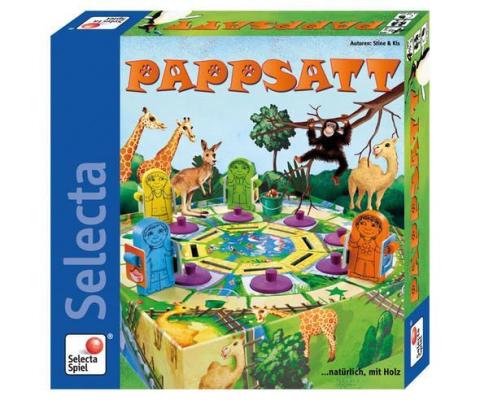 Tags
Animals
Memory
Fine Motor Skills
Play time
20minutes
Players Min
2
Players Max
4
Building Level
Primary
Oh no! The zoo keeper is sick today! Who will feed the animals?
Good thing you’re here - grab a feeding bucket and let’s get cracking!
But which animal gets which food? Does the penguin get a nut and the squirrel get a fish? And in where exactly does the lion live?

A combination of memory and roll-and-move game. The players take turns in clockwise order. The player in turn rolls the die, and moves forward or backward. If he lands on a bucket symbol, het gains more food (if he has free hands - the meeples can only hold two bucktes each). At an enclosure door, he opens it (reveals the hidden animal), and feeds it if he has the right food (for example, meat for lion and crocodile). A wild symbol allows to move to any free space.

Game proceeds until one player manages to feed five animals, and is declared winner.
sfy39587stp18