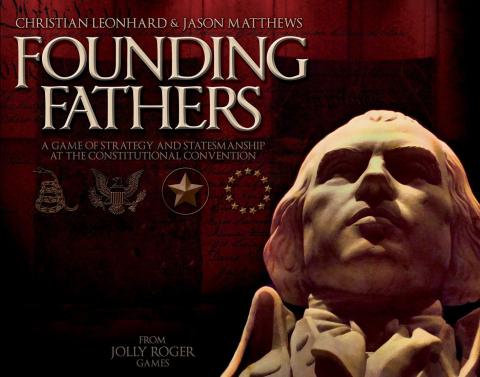 Content Area
Social Studies
Tags
U.S. History
CCLS
7.4 - Development of the Constitution
Play time
90minutes
Players Min
3
Players Max
5
Building Level
Middle
Your goal in Founding Fathers is to emerge from the Philadelphia Convention acknowledged by all as the true Father of the Constitution due to your outstanding contributions to the final document. ese contributions are measured by points on the scoring track, so you will want to ensure that you have more of these than anyone else by game's end. You can earn points in a variety of ways, such as by casting state delegations’ votes according to your plans in the Assembly Room, or by filling the Committee Room with your own loyal supporters. Points can also be earned by establishing yourself as the most vocal proponent of one of the Convention's powerful political factions, or simply by being the beneficiary of a favorable historical event.