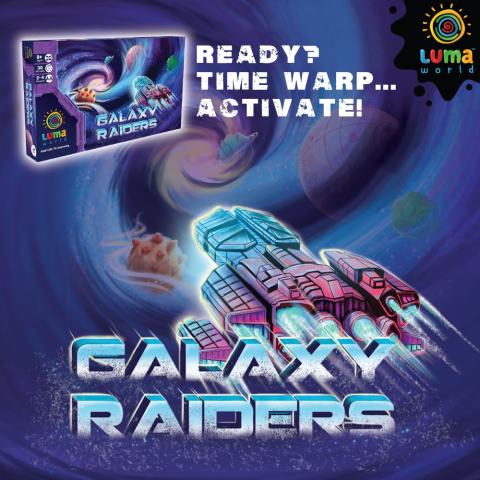 Content Area
Other
Copies
1
Play time
30minutes
Players Min
2
Players Max
4
Building Level
Elementary
Humans have entered the Space Age! As the Commander General of your space fleet, you are in charge of finding and capturing new planets and moons. But, you must use all your powers to defeat the other Galaxy Raiders. Ready? Time warp...activate!

In Galaxy Raiders, players are in charge of finding and capturing new planets and moons.

All players start with a console mat and eight pegs of one colour. The card deck consists of number cards and power cards. The deck is shuffled and each player gets seven cards. There is a dice with 4 operations & 2 any operation symbols.

On your turn, you roll the dice. Using the operation you roll and any two number cards you have, you must capture a number position on the board. Once your cards are played, they are discarded. Pick up an equal amount of cards from the deck. At all times each player must have seven cards with them. Rules for capturing a number position:
sfy39587stp18