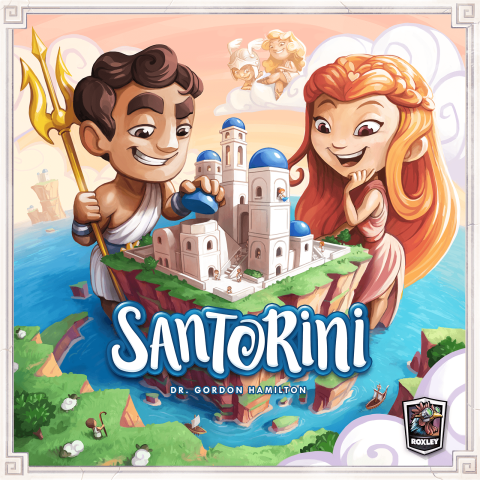 1. Move - move one of your builders into a neighboring space. You may move your Builder Pawn on the same level, step-up one level, or step down any number of levels.
2. Build - Then construct a building level adjacent to the builder you moved. When building on top of the third level, place a dome instead, removing that space from play.

Winning the game - If either of your builders reaches the third level, you win. Variable player powers - Santorini features variable player powers layered over an otherwise abstract game, with 40 thematic god and hero powers that fundamentally change the way the game is played.
sfy39587stp18