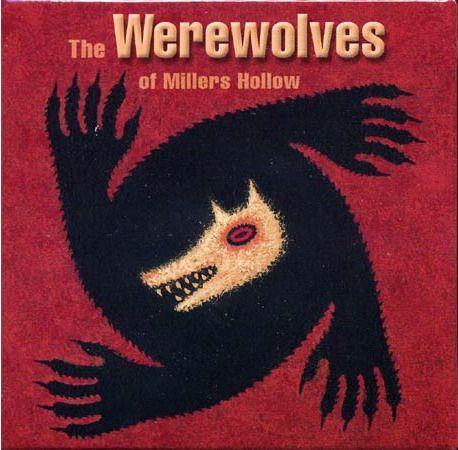 Content Area
ELA
Tags
Deduction
Role-Playing
Social Literacy
Story-Telling
Play time
30minutes
Players Min
8
Players Max
18
Building Level
Middle
The Werewolves of Millers Hollow:
The tiny town of Millers Hollow is stunned by the discovery that it harbors werewolves, who, under the cover of darkness, kidnap townsfolk. The townsfolk have organized to unmask any of their neighbors that are really monsters-by-night… then lock up the beasts to remove their evil presence from their quiet little town forever.
To discover who the fiends are, a meeting is called, bringing together all of the townsfolk including some remarkable characters - such as the town psychic, a group of local hunters, a police captain and a nosy little girl. This diverse group will lead the inquiry, and decide the ultimate fate of the town…
But… ssh!!... As night falls, close your eyes and be very quiet. The werewolves may come and take you if you aren't careful.
New Moon Expansion:
Despite the mobilization of the inhabitants to root out the werewolves among them, the hamlet of Miller's Hollow has been devastated by the lycanthropes. The fierce creatures now haunt the hamlet and the villagers bar themselves in their huts, making sure none of their own goes out after nightfall.
It's good to be the village idiot once in a while…
Yet there is still hope. Hidden deep in the wastes, the resistance is organizing and getting ready. New characters with promising talents have joined the fight against the terrible werewolves and so nothing has yet to be lost, but the struggle will be difficult, as the New Moon is here!
New Moon is the first expansion for the game The Werewolves of Miller's Hollow. Under the watchful gaze of the Moderator, the players will take on the role of villagers from the hamlet of Miller's Hollow.
Werewolves are hiding among them, each night they will kidnap a new victim and only at sunrise will the villagers attempt to unmask the lycanthropes. Among the villagers, special characters will increase the players' fun.
In New Moon, five new characters are
introduced: The Village Idiot whose naiveté is disconcerting, The Elder who has lived through all of life's hardships, The Scapegoat who is always a victim no matter what, The Defender who knows how to protect from the werewolves bite and The Piper who is trying to bring about his terrible revenge.
The extension also introduces event cards, which, on each turn, will change the way the game is played. To get even more out of the Werewolves of Miller's Hollow, nine variants are included to give the game a bit of freshness.
- Asmodée Editions
sfy39587stp18